Serving Texans and other Rver’s since 1967 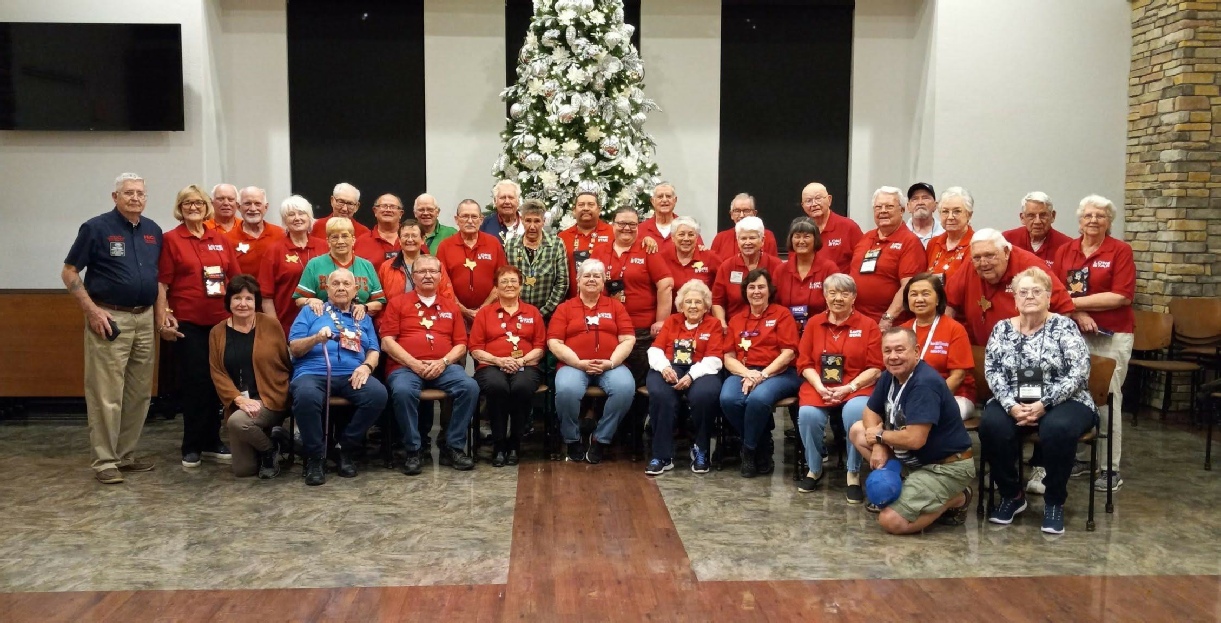 When the FMCA held its national rally in June of 1966, in a small Minnesota community, most of the coaches attending were converted highway, city or school buses. Pinky Barry, Lone Star's first secretary, had a second-hand converted Dodge Motor Homes (before the name Travco came into being). Brand new the cost was $12,500.00 It had a regular home air conditioner, taking up half the closet floor with ducts the length of the coach, head-high along one wall, which was very inadequate for the passengers but had the coldest closet around. Electricity was a must for the attendees, particularly those from the Northeast, so the local Chamber of Commerce erected poles in a field, and coaches were parked like spokes in a wheel around each pole, with some coaches plugged into other coaches.

Following this rather auspicious beginning, a decision was made to form a chapter in Texas.

In September 1966, a meeting was held in San Antonio to effect this formation. Thirteen coaches were present. There were several subsequent meetings and by March 1967, there were 30 member coaches and dues had been established at $2 per year. In March, the members were asked to suggest names for the group. In addition to Lone Star, Los Tejanos, Texas Gypsies, Long Horns, Texas Bluebonnets and Texas Rangers were suggested. The FMCA granted Lone Star its charter in September 1967.

Club membership ranges between 50 and 60 units. We meet 5 times a year, February, April, May, September and December. Our rallies start on Thursday until Sunday morning. We usually have between 15 and 20 units present. Many of us come in as early as Monday or Tuesday and enjoy exploring the area, visiting and enjoying the fellowship with each other. We start off with a ice cream social on Thursday afternoon to get acquainted with guests and new or old members alike. We serve three evening meals and two breakfasts. Saturday afternoon we play Bean Bag baseball. We have lots of fun with that, either by playing or watching. Usually we have a bingo night and also play several different games of cards or dominos.

We would love for you to come and visit us. Rally dates and locations are listed on our Calendar page and in the Association Calendar section of Family RVing magazine and on the FMCA website, along with contact information.